Directors of the CCMR 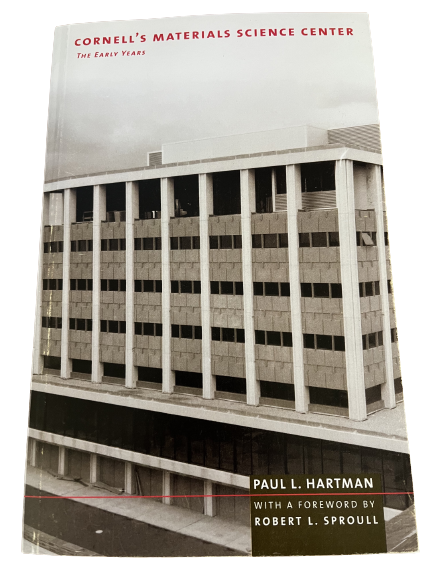 Although interdisciplinary centers are familiar today, in the late 1950s the idea of a research center was new and largely speculative. In this charming and perceptive book, the late Professor Paul L. Hartman of Cornell University traces the origin and results of an innovative effort to create productive collaboration among Cornell researchers of different disciplines. Filled with anecdotes and collegial warmth, Hartman’s account of these early years presents a fascinating and informative letter from someone who was “there at the beginning,” shedding light on the ultimate success of Cornell’s Materials Science Center.