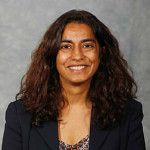 Project Description: An important challenge for enabling the wide-spread utilization of renewable energy sources, such as solar and wind, consists in developing high efficiency, low cost, high energy density, safe and environmentally benign batteries. Lithium ion batteries (LIBs) represent an attractive alternative as energy storage devices because they exhibit a higher voltage, and higher energy density compared to traditional batteries. One of the major challenges in LIBs is increasing the gravimetric capacity and gravimetric energy density of the cathode material. Organic compounds are an attractive alternative for use as cathodes in LIBs. Carbonyl based organic molecules (C-bOMs) show rapid and chemically reversible electrochemical behavior and their reduced forms (enolates) display a strong ionic interaction with lithium and other cations. Furthermore, a wide range of chemical variations/modifications can be performed on C-bOM structures to predictably modify their electrochemical behavior, e.g. to maximize the interaction of the material with lithium, maximize the number of electrons transferred while minimizing the molecular weight of the compound, thus maximizing energy density.

We will systematically investigate how to modify the electrochemical behavior of C-bOMs by shifting the formal potential, maximizing the interaction of the various redox forms with lithium ions, maximizing the number of electrons transferred while minimizing the molecular weight of the compound, thus maximizing their gravimetric energy density. Our plan is to perform electrochemical experiments to further understand their properties as well as their performance as electrode materials. The student will learn basic DFT analysis, basic electrochemical techniques like cyclic voltammetry and rotating disk electrode voltammetry. They will also familiarize themselves with the use of UV-Vis spectroscopy, Raman spectroscopy and argon filled glove box.